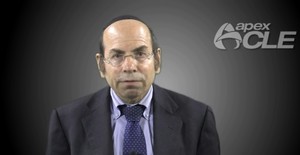 James L. Fuchs is a senior associate attorney at Snider & Associates, LLC, which he joined in 2007. He has settled numerous cases successfully for the firm. Prior to joining the firm, Mr. Fuchs litigated in commercial, employment discrimination, libel, and insurance actions. He has also counseled other attorneys on ethical issues both as a volunteer for the New York Ethics Hot Line and as a CLE lecturer at the Association of the Bar of the City of New York. He is a member of the Bar Association of Baltimore City as well as of the Association of the Bar of the City of New York. He had been a member of the Associationâs Professional Responsibility Committee, Professional and Judicial Ethics Committee, and Professional Disciplinary Committee. As a member of the Professional Responsibility Committee, he chaired a subcommittee that drafted an amicus brief for the Association concerning the disqualification of a law firm, and he has had both trial and appellate experience in the New York state courts. He has also assisted at trial in New York Federal courts. Mr. Fuchs has been a fellow at Yale University, the John Carter Brown Library, the Folger Shakespeare Library, and the Hebrew University of Jerusalem.

Professionalism/Ethics Series: Interviewing an Adversary's Former Employees: The Ax to Grind and the Ax to Avoid