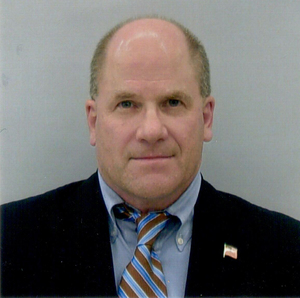 Thorn McClellan Smith, Attorney at Law and Certified Fraud Examiner, is a graduate of Georgetown University School of Foreign Service and Northwestern University School of Law. Mr. Smith served as an assistant counsel for the Navyâs Office of the General Counsel from 1987 to 1991, from the tail end of the Cold War through Desert Storm. Specifically, he practiced as a government contracts attorney for the Naval Facilities Engineering Commandâs (staff command for the Navy Seabees) then Western Division in San Bruno, California, and handled the negotiation, award, and claim litigation of multi-million-dollar military construction contracts across nine western states. In that endeavor Mr. Smith encountered and resolved numerous acts of procurement fraud perpetrated upon the Navy in coordination with the then Naval Investigative Service and the U.S. Attorneyâs Office. His legal review led to the indictment and conviction of several individual sureties underwriting performance and payment bonds to millions of dollars in military construction, whose affidavits of net worth were determined to have been fabricated. After the Cold War, Mr. Smith became engaged in private practice in San Francisco through the â90s. His practice was comprised of conducting fraud investigations for corporations, insurance companies, and law firms coupled with a general practice in civil litigation. Mr. Smith thereafter became a troubleshooter for the property-casualty insurance industry resolving insurance claims in Iowa, Illinois, Indiana, Minnesota, Kentucky, Tennessee, Alabama, Georgia, North Carolina, and Virginia as a trial attorney, insurance adjuster, and fraud investigator. In 2011 he served as the Contract Law Attorney on temporary duty at the United States Military Academy at West Point, New York. In the spring of 2015, Mr. Smith returned to Peoria, Illinois, where he was born and raised and where he now practices law. Mr. Smith is an active member of the Illinois, Iowa, and Virginia bars and retains inactive status in California, South Carolina, and Tennessee. He is a Chartered Property Casualty Underwriter, an Associate in Claims, a Certified Fraud Examiner, and a Certified Insurance Fraud Investigator.

Professionalism/Ethics Series: Ethical Litigation: A Ten-Step Litigation Plan for the Ethical Defense of a Tort Suit from the Claims Adjuster Perspective