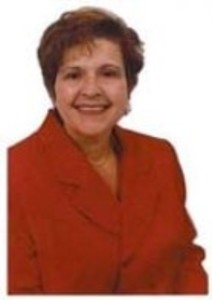 Linda S. Pieczynski is an attorney engaged in the general practice of law in Hinsdale, Illinois, a suburb of Chicago. She founded her law firm, Linda S. Pieczynski, Attorney at Law, P.C. in 1984 after serving for over 7 years in the DuPage County Stateâs Attorneyâs office in Wheaton, Illinois as an assistant stateâs attorney. She rose to the rank of Deputy Chief of the Criminal Division at the Statesâs Attorneyâs office with responsibilities included training new attorneys and overseeing their performance in court, advising law enforcement agencies on matters of mutual concern, serving as a liaison to community organizations, and conducting seminars for law enforcement agencies. Her expertise in child abuse and neglect derived from her extensive litigation experience in the area of felony, misdemeanor, and juvenile offenses. In her current practice she specializes in municipal prosecution in the area of building, property maintenance, fire and zoning code violations, traffic and quasi-criminal offenses, and juvenile law. Ms. Pieczynski currently teaches the Legal Aspects of Code Administration part-time for the International Code Council located in Country Club Hills Illinois and has taught for code officials in 17 states and for the cities of Washington, D.C. and Phoenix. Ms. Pieczynski has served as the Technical Advisor and Technical Reviewer for the on-line course entitled âRight of Entryâ from the 2000 International Building Code. From 1985 to 1995 Ms. Pieczynski taught a course on child abuse and neglect for educators for National Louis University in Evanston, Illinois. Ms. Pieczynski is a published author and has written the PROPERTY MAINTENANCE INSPECTORâS GUIDE TO CODES FORMS AND COMPLAINTS, Thomson/Delmar Learning, to be published October, 2006, ILLINOIS CRIMINAL PRACTICE, AND PROCEDURE 2d, Thomson/West, 2005, 3 volumes, updated yearly. ROLL CALL NEWS, a bimonthly newsletter for law enforcement agencies and served as editor of LEGAL ASPECTS OF CODE ADMINISTRATION, 3rd edition, International Code Council, Inc. From 1992 to 2005, Ms. Pieczynski was a board member of Call to Action, the largest progressive Roman Catholic Church reform organization in the United States. She served as its President from 1994 to 2000. She currently serves as its media spokesperson and has appeared on BBC TV and radio, ABC Nightly News, NBC Nightly News, CNN, Fox, MSNBC, Chicago Tonight on WTTW, WBBM radio, WBEZ radio, NPR radio and has been quoted in the New York Times, Washington Post, Chicago Tribune, Chicago Sun Times, Milwaukee Journal Sentinel, Detroit Free Press, L.A.Times, Newsweek magazine, Chicago magazine among others, Topics on which she has been interviewed include the child abuse sex scandal in the Catholic church, womenâs ordination, celibacy, womenâs rights, the death of John Paul II, the election of Benedict the XVI, the oppression of theologians in the church, gay rights. She has spoken to numerous groups around the country on these issues. She has also written the National Pastoral Life Instituteâs best selling pamphlet âKeeping Our Children Safeâ Brochure on child sexual abuse prevention. Ms. Pieczynski is a graduate of DePaul University with a B.A. in Sociology. She received her J.D. from DePaul University College of Law in 1977. Follow Ms. Pieczynski on Twitter @codeattorney.