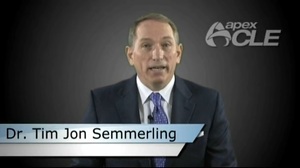 Tim Jon Semmerling holds a Ph.D. in Near Eastern Languages and Cultures from Indiana University and a J.D. with certificate in criminal law from DePaul University’s College of Law. He has trained at the Cook County Public Defender’s Office (Chicago, Illinois), the Clarence Darrow Death Penalty College (Chicago, Illinois), the Trial Lawyers College (DuBois, Wyoming), and the National Psychodrama Training Center (Black Hills, South Dakota), and he holds BAR membership in the state of Illinois. He is senior member in his partnered-firm, The Mercury Endeavor, LLC, which develops mitigation strategies in state, federal, and military jurisdictions for capital and non-capital defendants in the United States and abroad. He is also one of three attorneys at O’Connor and Semmerling Law Group, LLC – an Illinois criminal-defense firm. Dr. Semmerling’s books are Israeli and Palestinian Postcards: Presentations of National Self (University of Texas Press, 2004) and “Evil” Arabs in American Popular Film: Orientalist Fear (University of Texas Press, 2006), which the Arab American National Museum has awarded “Honorable Mention, 2006 Book Award in Adult Non-Fiction” and the American Library Association and Choice Magazine have awarded “Outstanding Academic Title, 2007.” His articles are “Those ‘Evil’ Muslims! Orientalist Fears in Narratives of the War on Terror” (The Journal of Muslim Minority Affairs, Vol. 28, No. 2, 2008), “The John Marshall Clemens Law Ledger: A Legal Vestige of the American Frontier” (Western Legal History: The Journal of the Ninth Judicial Circuit Historical Society, Vol. 21, No. 1, 2008), and “Effectively Humanizing Our Client,” (Voice for the Defense, Vol. 40, No. 8, 2011). He has lectured and presented papers at universities, scholarly conferences, and training conferences in the United States and the United Kingdom on such topics as the War on Terror, Arab and Muslim Americans, mitigation, film studies, and Mark Twain studies.

A New Era: Mitigation in Sentencing without the Death Penalty