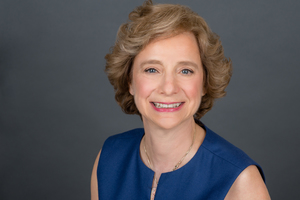 Adrienne B. Naumann is licensed to practice in the State of Illinois, the United States District Court for the Northern District of Illinois, the United States Court of Appeals for the Seventh Circuit and the United States Court of Appeals for the Federal Circuit. In addition, Ms. Naumann is also licensed to practice before the United States Patent & Trademark Office. She is a member of the Chicago Bar Association where she has served as Chairman of the Science, Technology and Law Committee. Ms. Naumann was the Co-chairman of the Patent Committee of the Converging Technologies Bar Association for 2006-2007. Ms. Naumann served as Secretary on the Board of the University of Chicago, Chicago Womenâs Alliance from 2010-2018. She currently serves on this same Broad as Programming Coordinator as well as on the University of Chicago Alumni Club Board for the Chicago metropolitan area. She has worked continuously and exclusively as an attorney since she graduated from law school. Ms. Naumann established her own practice in 1996 which is exclusively intellectual property law. Ms. Naumannâs practice includes individual entrepreneurs and start-up companies, as well as small and medium sized businesses. Her issued patents include a broad range of technologies including: a razor handle, board game, agricultural method, pneumatically driven trench shoring device, floral containers, electromechanical lock, laminar flow nozzle, portable exercise devices, mechanical bag holder and shelving. When necessary, she has filed successful patent application appeals in the Patent & Trademark Office on behalf of clients. Ms. Naumann has obtained trademark registrations, copyright registrations and design patents on behalf of artists, writers and companies. In addition to obtaining intellectual property protection through government agencies, She advises and drafts documents for ownership, shop rights, works for hire, transfers of rights, licenses, permissions, rescission, consents, distribution agreements, non-disclosure agreements, releases, trade secrets, proprietary information and web sites.